JACKSON, Tenn. — Patrick Lamar Moore was ushered back inside the courtroom Thursday, waiting for the results of his psychological evaluation. 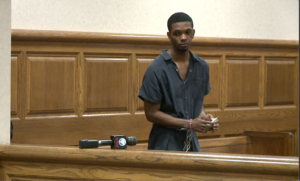 Authorities say he strangled his estranged wife near Highway 18 in south Jackson before locking her in the trunk of his car.

The woman managed to get out by pulling the escape lever and flagged down a stranger for help. Chester and Madison county officers searched for Moore after he crashed his car in Henderson and took off on foot. Investigators say officers had to use a Taser on Moore more than once before he surrendered.

The results from Moore’s psychological evaluation from Pathways Behavioral Health Services was presented Thursday in court, indicating Moore is competent to stand trial.

Moore’s next court appearance is set for July 20.