JACKSON, Tenn. — A woman is charged with head-butting a Jackson police officer. 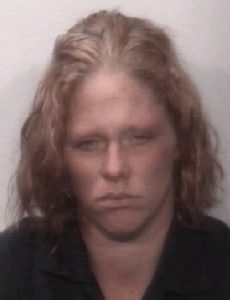 Authorities say Tammy Hudson was at Jackson-Madison County General Hospital Wednesday night when she started to bash her head against the wall.

When an officer tried to hold her back, an affidavit says Hudson threw her head back and head-butted him, causing his mouth to bleed.

She is charged with simple assault on an officer.