SACRAMENTO, Calif. — A California prosecutor has filed a request to hold Tad Cummins as a flight risk until he is transported back to Tennessee, and the court documents reveal disturbing new details in the alleged kidnapping. 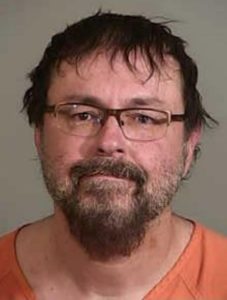 The former Middle Tennessee teacher is accused of leaving the state with a 15-year-old former student for the purpose of engaging in criminal sexual conduct, according to court documents.

According to the motion filed Monday by the U.S. Attorney’s Office in Sacramento, Cummins admitted to investigators that he planned to take the former student across the border into Mexico.

He then planned to travel into countries south of Mexico. He also had a small watercraft and had conducted a test run to cross into Mexico from the border near San Diego, according to the documents.

The motion also says Cummins admitted to leaving a misleading note to his wife regarding his direction of travel, indicating that he was heading to Virginia Beach or Washington, D.C.

While on the run, Cummins reportedly admitted to taking steps to remain undetected including switching license plates and disabling the vehicle’s GPS system.

He also traveled back-road routes, altered his appearance, threw away mobile phones and conducted cash-only transactions, according to the documents.

Cummins is expected to appear in court at 4 p.m. Monday and later be transported from California to Middle Tennessee.