HARDIN COUNTY, Tenn. — Two men lost their lives this past Wednesday when their boat capsized in the waters of the Tennessee River near the Pickwick Dam. 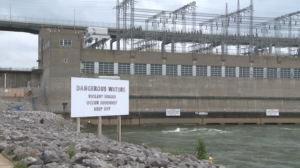 “This river has no mercy. This lake has no mercy, and it’s not going to show you any either,” Hardin County resident Lovonna Doile said.

Doile has worked as a diver on the river and says it is vital to always be aware of what’s around you when out on the water.

“You better know what you’re doing, because things like this is exactly what happens if you don’t know every little detail on how to be safe,” Doile said.

Hardin County officials say this shouldn’t scare people away from the river, but they encourage them to take the proper precautions to stay safe.

“If they’re coming by boat to fish, obviously this is a dangerous waters area,” said Sgt. Ray Garton of the Tennessee Wildlife Resources Agency. “They’ve got signs. They have flashing lights and stuff.”

They say due to recent flood conditions, there’s more fast-moving, turbulent water flowing through the dam than usual — water that small boats are not designed to go up against.

“Seven thousand gallons a second of water going over the dam, so that just puts a lot of swift water in areas of the river that normally are not,” Chief Melvin Martin of the Hardin County Fire Department said. 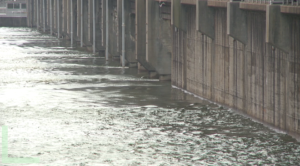 TWRA says the water can be deceiving on the Pickwick Lake side of the dam but urges boaters not to risk going beyond the danger buoys.

“It looks calm and peaceful on top of the water, but there’s a whole lot going on underneath the surface with the generation,” Garton said. “It’s kind of like pulling a plug out of a bathtub when they run the water through the dam.”

Chief Martin also reminds boaters it’s illegal to not wear a life vest when on the water. TWRA also advises fishermen on the shore of the river to be extra careful due to flood conditions and rising water levels.