EMA director says weekend flooding is reminder to be prepared

JACKSON, Tenn. — A round of severe storms pushed into West Tennessee this weekend, downing trees and electric poles in some parts of the state. 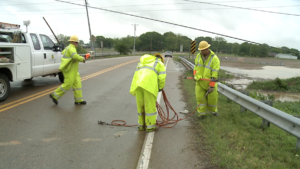 The northwest part of the state, however, wasn’t so lucky, taking the brunt of the storms.

Clements says the weekend should serve as a reminder to always be prepared.

“Up until the point it hits, you’re not really sure,” Clements said. “I mean, we had many things that happened right prior to that could have made it worse here.”

Clements says along with watching local news, you should also have another way to get alerts such as a weather radio.