LEXINGTON, Tenn. — The Tennessee Department of Labor and Workforce Development confirms more than 200 people will lose their jobs at two plants in Lexington. 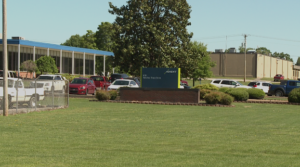 “It’s very scary because it seems like they’re, most of the jobs, are created by the plants,” Gloria Nicholson, of Lexington, said.

In a letter, the Tennessee Department of Labor and Workforce Development said Adient US LLC filed a notice with the agency saying 181 workers will be laid off between April 28, 2017, and Dec. 21, 2018. The agency said Leroy-Somer Americas notified them it would lay off 63 workers between June 9 and July 28, 2017.

Dianne Fowler has relatives who work at Leroy-Somer. “They have families to take care of, and it’s just really hard,” she said. “It’s really sad.”

Lexington Mayor David Jowers said he does not believe the letters from the state are accurate.

In October, the county hired Teresa Jones to head the Lexington-Henderson County Alliance to help bring in business and create jobs.

Jones released this statement Tuesday: “The Lexington-Henderson County Alliance first concern is the people in our community and their well-being is our main focus at this time. Additionally, we are committed to doing everything we can to help grow jobs as quickly as possible and assist companies in Henderson County to ensure job development.”

WBBJ 7 Eyewitness News reached out to both companies reportedly laying off employees and neither got back to us.

TDBN Tennessee Company will host a job fair on May 19 from 10 a.m. to 3 p.m. at the Jackson State Lexington Center.