HENDERSON, Tenn. — Police say an accused gunman wanted in a deadly April shooting has been captured in St. Louis. 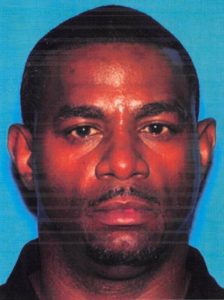 Williams had been on the run since the April 4 shooting.

Officers say he shot and killed Lamar Anderson after an argument near Baughn Street and Church Avenue.

Chester County deputies will travel to St. Louis to transfer Williams back to Tennessee after details of his extradition are finalized in court, according to Sheriff Blair Weaver.