JACKSON, Tenn. — A local man is in custody on accusations of being involved in a shoplifting scheme at Wal-Mart in north Jackson. 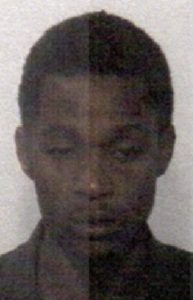 Court records say Thomas Edward Reid Jr. slapped and shoved the officer who was trying to arrest a woman for shoplifting.

Reid escaped but then later called police, saying he was assaulted by an officer.

The entire incident was recorded on the officer’s body camera.