JACKSON, Tenn. — Hundreds in the Hub City learned Tuesday they were losing their jobs as Pinnacle Foods confirmed what many have feared for weeks. 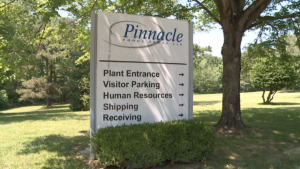 Employees were called into a meeting Tuesday where they learned the fate of the longtime Jackson facility.

“It’s going to be a big downfall for Jackson, Tennessee,” said Danny Gillard, who has friends who work for the plant. “We need to keep on growing instead of shutting down.”

One Pinnacle employee said they were told the cut means at least 200 people will be out of a job.

The decision will not only affect Pinnacle Foods employees but also other businesses in the area.

A man who asked we not identify him works across the street at SA Food Mart. He said a lot of his business comes from Pinnacle employees.

“We see them all day long, three different shifts,” he said. “A lot of them are within walking distance. They can get easily to work, and they depend on the company.”

Gillard said he has a lot of friends who work at the plant that are hoping the company will rethink their decision.

“I hope they can find some kind of way to keep it open so people won’t have to lose their job and move to other counties,” he said.

Pinnacle Foods sent a statement after the meeting confirming some layoffs but also said other products will continue to be made at the Jackson plant.