WEAKLEY COUNTY, Tenn. — A woman is facing a felony charge after deputies say she chased a vehicle occupied by U.S. Rep. David Kustoff. 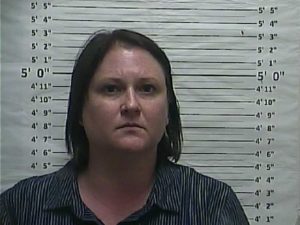 Wendi Wright, 35, of Obion County is charged with felony reckless endangerment in the Monday incident that occurred along Highway 45 South near Martin, according to a release from the Weakley County Sheriff’s Department.

Kustoff and his aide, Marianne Dunavant, had been at a town hall meeting on the University of Tennessee Martin campus prior to the incident.

Wright placed the occupants of the vehicle in fear of being forced off the roadway, according to the release.

When Kustoff and Dunavant pulled into the driveway of someone they know on Old Troy Road, Wright is accused of getting out of her vehicle and screaming at them and striking the windows of their vehicle. They say at one point she also reached inside their vehicle.

She also reportedly stood in the way of their vehicle to stop them from leaving.

Someone called 911, but Wright left before deputies arrived.

She was identified after posting details of the encounter on Facebook, according to the release.

Obion County deputies located her and took her into custody on the Weakley County arrest warrant.

Wright is free on $1,000 bond. She is scheduled to be arraigned May 15 in Weakley County General Sessions Court.