Lexington man killed in car accident while turning into his driveway; 2 others injured

LEXINGTON, Tenn. — “Me and my granddaughter was outside our fruit stand here, and we heard a loud noise. She was on a four wheeler, and I thought she had backed over something,” Neighbor Stan Anderson said. 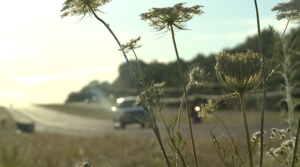 Stan Anderson is devastated after witnessing the car accident that took the life of his friend and neighbor Jimmy Fesmire.

“His wife was telling him to wake up, and I don’t believe I can sleep tonight seeing her to tell him to wake up.” Anderson recalls.

Tennessee Highway Patrol say the accident happened Sunday around noon as Jimmy and his wife were turning into his driveway off Highway 412 in Lexington. They say, as Jimmy, who was driving, was slowing down to make the turn, an SUV, who reportedly never stopped or slowed down, rear ended him.

A neighbor we spoke with refers to this area of Highway 412 as a dangerous strip of road where he sees accidents happen all the time.

Neighbors shared stories of a man who won’t soon be forgotten. 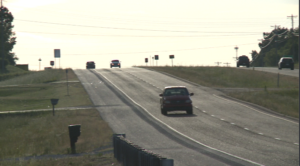 “I played softball with him; started in a cow pasture down here, many a Sunday afternoon,” said Anderson. “He was just an all around good guy.”

Stan says this unexpected accident reminds him how precious life is.

“I think I told Jimmy he meant a lot to me, but tell your friends that you love them. There may not be a tomorrow,” Anderson said.

According to the Tennessee Highway Patrol, both the Fesmires were wearing their seat belts. However, the other driver was not. Anderson say along with his wife, Mr. Fesmire leaves behind a daughter, two sons and grandchildren.