SELMER, Tenn. — Drivers across the state of Tennessee will see a lot more road work signs as transportation projects begin. 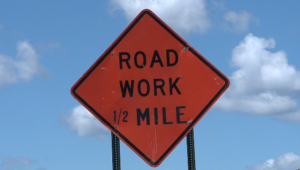 State officials say more than 900 projects will take place. “We have new roads that are being proposed. There’s 962 road projects, and I believe that contributes a lot to economic development,” said Dexter Muller with the Transportation Coalition of Tennessee.

Muller visited McNairy County where some of the projects will take place. The coalition said they’re visiting all 95 of Tennessee’s counties to explain the IMPROVE Act.

Muller said with the Volunteer State bordering so many other states, it causes interstates and highways to take a hit.

That’s why he said the general assembly passed and the governor signed the act, a 6 cent increase in gas taxes over the next three years.

“Because of our locations, there’s a high percentage of people that are using Tennessee roads that are not Tennessee residents. And they will be sharing in the expense to the tune of all the new taxes that need to come in,” Muller said.

Muller said it’s the largest tax cut in the state for residents. Tennesseans will see a 20 percent cut in grocery taxes, and manufacturers will see a reduction in their business taxes.

To see where the proposed road projects will take place in your area, visit the Transportation Coalition of Tennessee website.