HENDERSON COUNTY, Tenn. — Nearly 100 animals are rescued from three homes in just the past three days in Henderson County. The sheriff’s department describes the conditions as inhumane. 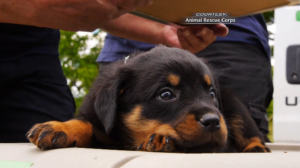 “There was dog feces, dog urine all over the house. The ammonia smell from the urine was very strong,” said Investigator Danny Crownover of the Henderson County Sheriff’s Department.

Inv. Crownover describes the conditions of a property, as he responded to an animal cruelty tip on Tuesday.

“According to the veterinarian with Animal Rescue Corps; she said it would be dangerous for any living thing to be breathing in that amount of ammonia,” Inv. Crownover said.

The sheriff’s department, along with Animal Rescue Corps, a non-profit organization, said from the two houses on the property, they rescued 30 dogs, 3 birds, and a cat. Residents Amanda Renfroe and her sister-in-law, Sherry Price surrendered the animals to law enforcement. The sheriff’s department said, they face a total of 34 misdemeanor counts of animal cruelty, but investigators said, they did not expect for it to get even worse.

“The gentleman that called me said that this house had several dogs tied up on chains all over in the yard,” said the investigator. 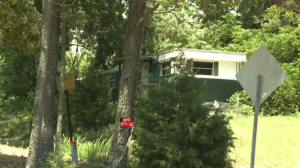 The sheriff’s department saids, this tip on Thursday led them to another home, this one in Reagan, where they rescued 48 dogs and 15 cats.

“She was an animal rescuer according to her,” said Inv. Crownover, “but the conditions of those animals; those animals were not being rescued.”

“All of the animals will get a thorough veterinary exam, and that’s part of our documentation process to provide evidence for criminal cases,” said Michael Cunningham, spokesman of Animal Rescue Corps.

Animal Rescue Corps also says each animal will undergo grooming as well as behavior assessment so they can eventually be adopted.