JACKSON, Tenn. — The attorney representing Madison County filed a lawsuit Wednesday claiming the city of Jackson violated a contract when they pulled $12 million in tax money that had previously gone to the Jackson-Madison County School System. 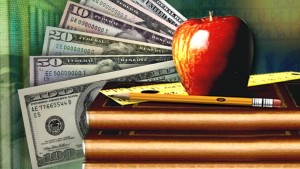 The suit stems from a City Council vote May 18 approving a resolution to keep $12 million in tax money for the city. The city had given that money to the school system since 1989.

The 170-page lawsuit alleges the agreement between the city and county to put that money toward the school system constituted a contract, which the city allegedly violated with the decision to keep the tax money for the city.

With the new fiscal year starting July 1, the county has filed an emergency injunction asking a judge to force the city to keep the $12 million where it is until the lawsuit can be heard.

According to Wednesday’s filing, a hearing for the temporary emergency injunction is set for 1:30 p.m. June 20 in Madison County Chancery Court.

The city of Jackson released the following statement from Mayor Jerry Gist in response to the lawsuit:

“It’s unfortunate to be in a lawsuit with the county, but the courts may be the best vehicle to settle the validity of the city’s decision to have control over how tax dollars raised within the city are spent.

“We know state law is on our side. We know the city council had the right to redirect the city’s portion of the 1.25 cent sales tax to the city’s general fund.

“The city and the county split 50/50 the amount of money each of us gives several local agencies: the library, the airport and emergency management. We need to be fair to city residents and do the same for local schools.”