BROWNSVILLE, Tenn. — Quick working thieves break into a local Walgreens, and police believe they may have tried to do the same at another location. 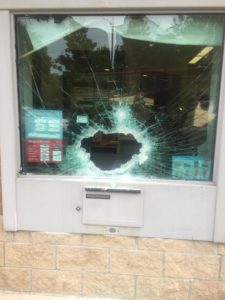 Brownsville police said an officer found a large hole in the store’s drive-thru window around 4:30 a.m. Thursday when he responded to an alarm call.

Officers believed two thieves climbed through and raided the pharmacy in just 46 seconds.

Jackson police are investigating what they call a possible attempted break-in about two and a half hours later at the Walgreens on Oil Well Road.