City of Jackson preps to argue against Madison Co. in Tuesday’s emergency hearing

JACKSON, Tenn. — We are just one day away from a possible decision in a county versus city lawsuit, over $12 million in tax dollars currently allotted to education. It is a decision that could affect everyone who lives, works and plays in the Hub City, because each entity said if the court rules against them it could mean an increase in taxes. The county is ready to argue those sales tax dollars were given as a gift not a mandatory commitment. 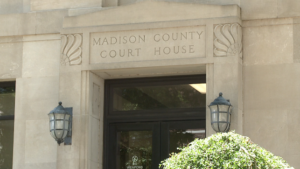 Tuesday, the city of Jackson will face Madison County and the school system in Chancery Court. The county is asking the judge to order everything stay as it is, with the city sending its $12 million in sales taxes to the school district until the lawsuit is resolved.

“The county is requesting that the court, at the beginning of the litigation make a decision as to who should win or loose,” City of Jackson attorney Lewis Cobb said. “We’re asking the court to wait until the litigation is over.”

Cobb said there are two aspects of this lawsuit. In court it will be determined who rightfully controls that $12 million. However how the money is spent is a political decision that will be made outside the courtroom.

The city said there is no contract in place requiring them to give that sales tax revenue to county schools each year.

“I think the legal arguments that we present are sound,” Cobb said. “That it is the city’s money and that the city council has the right to determine where its spent.”

The emergency hearing is the first step in the city versus county legal battle. But Cobb did not rule out the possibility of a compromise being made outside of court.

“Almost every legal question is resolved by settlement,” Cobb said. “All these problems will be resolved one way or the other. Either by decision of the court, or the appeals or by the parties them selves. All options are open.”

Madison County Chancellor James Butler is scheduled to hear the temporary injunction Tuesday at 1:30 p.m. Regardless of what happens in that hearing, the county has assured the district they will have the funds they need for the up coming school year.

If the courts rule in favor of the city, Mayor Gist said the money will go toward the general fund and future infrastructure projects expected to cost $60 million.