BUENA VISTA, Tenn. — Investigators in Carroll County are on the search for the man who broke into a 96-year-old woman’s home, beat her up and targeted her daughter when she stopped by. 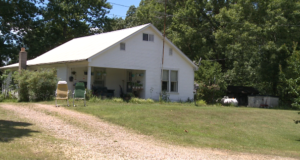 “It really is surprising to me. It’s one of the worst crimes I’ve seen here in 27 years,” said Becky Keith, the spokesperson for the Carroll County Sheriff’s Office.

Keith said a robber broke into the woman’s home on McKee Levee Road, armed with a knife, around 7 p.m. Monday.

He then assaulted and tied up the 96-year-old woman inside.

“He had two teardrop tattoos, and he had a tattoo on his left forearm in block letters that said ‘family,'” Keith said. 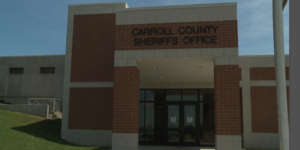 When the two returned to the house, they immediately knew something was wrong. When they went inside, the suspect found them and held them captive for over an hour.

“They talked him into leaving by giving him the keys to the victim’s car, which was a 1997 maroon Toyota Camry,” Keith said.

The two told deputies they found the elderly woman trapped in a back room. She was taken by ambulance to a local hospital.

The invasion has many in the area on edge.

“I know all the family,” Keith Noles said. “I’m just surprised that it happened. It’s pretty quiet around here.”

Noles said he’s delivered mail in the area for 35 years.

“Occasionally, I talked to her daughter when she is out at the mailbox, and I’m just surprised it happened. I hope they catch whoever it was,” Noles said.

Investigators said the suspect is a white man with short, blond hair, between 20 and 40 years old, about five feet seven inches tall and 140 pounds.

He is believed to be driving the suspect’s 1997 maroon Toyota Camry.