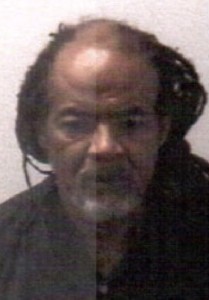 Police pulled over Lloyd Ambrose Sr. Tuesday night after authorities say the 61-year-old almost ran into a patrol car at the intersection of Church and Chester streets.

Officers reportedly found 13 marijuana cigarettes along with Amrbose’s two grandchildren in the back seat, one 7 years old and the other 8 years old.

Ambrose is charged with child abuse and drug possession. He was also cited for DUI, according to an affidavit.