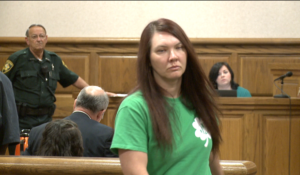 Natasha Washburn, the woman charged in an April hit-and-run that killed 28-year-old Ramiza Robertson, made her first court appearance after being bailed out of jail.

Washburn faces charges including aggravated assault, leaving the scene of an accident, and violation of financial responsibility law.

Inside the court room, Robertson’s family shared their opinion with the judge.

“It’s a person that she ran over, that person, and they passed away,” one family member said. “They died. My cousin died from her running her over and leaving the scene of an accident.”

“I don’t believe I can appoint you a lawyer at this time,” Judge Atkins responded to Washburn’s request for a court-appointed attorney. “If you make a bond that much, you should be able to hire a lawyer.”

Darkis Watkins and William Currie-Anthony faced their attempted first-degree murder and aggravated robbery charges Monday. Both are accused of robbing a man on Prospect Avenue and shooting him as he ran away. 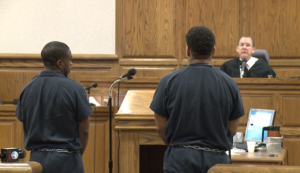 Currie-Anthony has a lawyer but Watkins does not. Both court dates were reset.

Black & Decker shooting suspect David Allison, 19, also appeared on his 10 counts of attempted murder in the August 2016 workplace shooting. His lawyer says some ballistics reports, such as where bullets struck, haven’t been given to the DA’s office by the Tennessee Bureau of Investigation.

“Those are factors I think would be very important in us making a counter offer to the state,” Allison’s lawyer said. 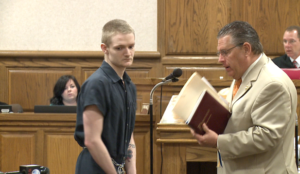 Although Allison pleaded not guilty, his lawyer says this may be resolved before trial.

David Wyatt, the man accused of waving a gun in a cemetery while a family was laying a loved one to rest, did not appear in court. His attorney, David Taylor, entered a not-guilty plea while Wyatt is out on bond.

The suspects in these cases are expected to appear in court in August for their pending cases. We will be there for any new developments.