JACKSON, Tenn. — The man accused of robbing a Jackson business and hiding in an abandoned house last week now faces additional charges. Jackson police said he also stole a cell phone from one of their officers. 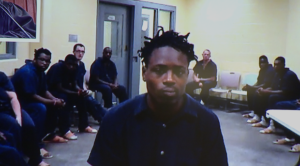 Taylor is accused of robbing Eastgate Discount Beer and Tobacco on Whitehall Street last Thursday, then hiding in an abandoned house on Labelle Street. After the arrest, Jackson police said he stole a cell phone from one of their officers.

“This is the darndest thing I’ve ever seen,” Judge Anderson said.

Jackson police said they interviewed Taylor several hours Thursday at the Criminal Investigation Division office on East Main Street. Officers said they let the suspect make a phone call using a landline at an investigator’s desk. The next day, police said the investigator noticed his department-issued cell phone was missing.

According to an affidavit, investigators said Taylor admitted to stealing the phone from the desk and taking it into the Madison County Jail.

Investigators said they found the stolen phone inside a zippered mattress cover on Taylor’s bunk inside the cell he had been assigned. Officers said they got the phone back, but according to an affidavit, they suspect it to be contaminated with “biological material since it was secreted in/on the body of Mr. Taylor.”

Police said the cell phone is worth less than $100. Investigators said call records indicate the phone had been used to call and text from within the jail during the night.