WEAKLEY COUNTY, Tenn. — Police are investigating after three suspects reportedly committed a home invasion robbery Tuesday night in Sharon, and they are asking anyone with information to come forward. 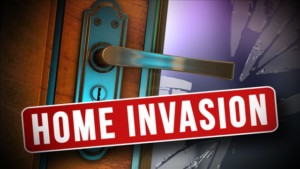 Officers responded around 9:30 p.m. Tuesday to West Moore Street to a report of a home invasion, according to a release from the Sharon Police Department.

When they arrived, the resident told them three black males had kicked in his front door.

The resident told police the suspects were armed with shotguns and were wearing what looked like white t-shirts on their heads covering their faces with eye holes cut out.

The suspects reportedly assaulted the resident and stole items from the home.

The resident suffered minor injuries and was not transported to the hospital, according to the release.

There was no vehicle description.

Anyone with information is urged to call the Weakley County Sheriff’s Department at 731-364-5454.