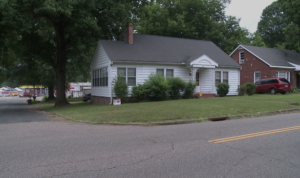 Officers say several bullets hit a house in the 200 block of West Forest Avenue. Jackson police said they got the call around 8:55 p.m. Thursday.

“I heard about, I don’t know, about 15 gunshots last night,” Charles Taylor, a neighbor, said. “Sounded like an automatic weapon.”

Taylor lives across the street and said he came outside to check on his car. “I thought it was just firecrackers at first, then next thing I know I saw maybe about six or seven squad cars,” he said.

Investigators confirmed several bullets hit the house but said no one was hurt.

“I’m apparently a heavy sleeper because I did not hear shot number one,” Carol Norman, a neighbor, said. “I just slept right through everything.”

Norman said she moved on the street about 18 years ago. “I’m surprised that we’re having trouble in this neighborhood because it’s been very peaceful,” she said.

WBBJ 7 Eyewitness News spoke with a neighbor who did not want to be on camera. She said she heard about 10 gunshots and then called police.

“I really regret that it did happen so close to my house, but I’m really not surprised,” Johnetta Black, a neighbor, said.

Taylor said he is surprised and hates his neighbors have to deal with this. “I’ve lived here two years,” he said. “Other than the ambulances all night long, other than that, it’s pretty decent.”

Police said right now they do not have any suspects in custody.