Plaque honoring Aretha Franklin to be placed at former home

MEMPHIS, Tenn. (AP) — The mayor of Memphis is scheduled to dedicate a plaque honoring soul singer Aretha Franklin at her childhood home. 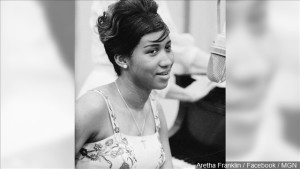 Mayor Jim Strickland and other city officials are scheduled to unveil the plaque on Wednesday morning.

Franklin, known as the “Queen of Soul,” was born in the house in 1942. Her family moved away from Memphis about two years later.

The dilapidated house has been vacant for years, and there has been no historical marker indicating its significance.

Lawyers, community leaders and Shelby County Environmental Court Judge Larry Potter have been trying to find ways to preserve the house, which sits empty with its windows boarded up.

Potter had ordered the house demolished, but he put that order on hold last year after volunteers stabilized the crumbling structure.