Floor manufacturer in Jackson to close after 70 years, lay off 215 workers

JACKSON, Tenn. — The gate at the entrance to the Armstrong Flooring plant in west Jackson will soon be closed for the last time. 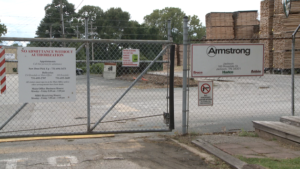 “This is very difficult news and not something that we wanted to do, but it is something that is necessary for the business based on changes in the market,” said Steve Trapnell, corporate communications manager at Armstrong Flooring Inc.

Trapnell said 215 employees work at the Jackson plant. They will now be out of a job by the end of the year.

“We’ll be working with local workforce development groups to try to make that as easy a transition as possible,” Trapnell said.

Representatives say the product manufactured at the Jackson location is just not the type of flooring people are buying anymore, and the owner of a local flooring retailer agrees.

“These products right here — two and a quarter and three and a quarter of solid oak hardwood — that was produced here for a number of years, and they’re not nearly as popular today as they were 10, 15 years ago,” said Gary Deaton, owner of Deaton’s Carpet One. “There’s other things that have taken their place — wider plank, 5 to 6 to 7 inch.” 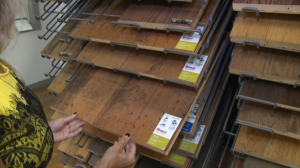 Deaton says this consolidation of plants does not surprise him. He says, from a national level, consumers are moving more toward vinyl flooring that resembles wood.

“It’s very regretful to see Armstrong leaving, because they’ve been a part of our county for a long, long time,” Deaton said.

The company says the production that would occur in Jackson will be handled at their other six plants across the U.S.

“It’s certainly difficult to deliver this message to a team of people who’ve really done a good job for us,” Trapnell said.

The Chamber of Commerce says they are working to coordinate programs with Armstrong Flooring that will help employees from the Jackson plant get trained for and find already existing manufacturing jobs in Jackson and across West Tennessee.