BOLIVAR, Tenn. — Armstrong Flooring’s announcement to close their Jackson plant is impacting not only those who will be laid off, but also companies who have worked with them through the years. 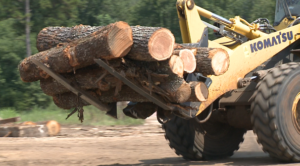 At Howell & Sons Lumber Co., you will find that it is business as usual. Part of working at Howell & Sons is selling materials to Armstrong Flooring.

“Probably 30 percent of the product that I make here on this location goes to Armstrong Flooring in Jackson,” owner Stan Howell said.

By the end of the year, the Jackson plant will be closed, meaning local business owners, like Howell, will have to find other way to sell his product.

“That’s 30 percent of my production that I’ve got to find another place to go with,” Howell said. “And I mean, that’s not going to be easy to do.”

Howell said since learning of the closure, he has already contacted other flooring plants about future business. While he says that is great news, the time spent traveling to those locations bring up other concerns. 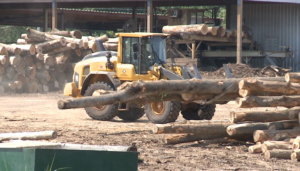 “It would cost us to have to increase our trucking ability by more trucks so we would be able to get the product to them and that kind of thing,” Howell said.

Howell said if there were three loads to deliver in one day, that means three separate trucks out on the road.

“One hundred and fifty to 200 miles one way — that’s a lot of trucking,” Howell said.

“It’s going to affect how much they can get out of their timber,” Howell said. “Timber values will go down because obviously we can’t pay as much for it.”

Howell said what is happening is a ripple effect that trickles down to everyone involved.

“It’ll hurt my business,” Howell said. “Plus, there’s I think 14 other sawmills in the immediate, I’ll say 50-mile radius around here.”

Representatives with Armstrong Flooring say products manufactured in Jackson will be handled at their six other plants across the U.S.