BOLIVAR, Tenn. — Local city leaders held a grand opening for a park project they’ve been working on for the past five years. 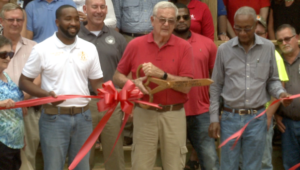 A ribbon cutting ceremony was held for Pleasant Run Creek Park in Bolivar. The park will feature a Frisbee golf course and a walking and nature trail. It also features a repurposed jail chapel converted into a bathroom with handicap access.

With a $50,000 price tag, it was funded and constructed through Citizens of Bolivar, city employees and the Bolivar police department. The park was dedicated to recently retired and former Mayor Barrett Stevens, who said it’s important to remember the 80-plus workers who put it together.

“When they had free people they could send, the department head would send them out here to help do this,” Stevens said. “Everybody has had some involvement in this property.”

The city said the cost for a park like this usually can be priced around $120,000 to construct. With the help of city resources, they were able to make it financially feasible. Stevens said this has been a long work in process and he’s happy to finally see it come together. 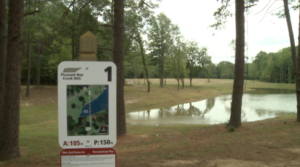 “It’s been sort of my dream to take advantage of this beautiful property and maintain the nature park of it,” Stevens said.

Though the park is now open to the public, the Frisbee golf course is still under construction. The city said it should open soon.