WBBJ Staff,
Wendy Marcum Surratt of Stantonville, TN, passed from this life on Tuesday, August 8, 2017, at her home on Charlie Pounds Road at the age of 52.
Mrs. Surratt was born in Nashville, TN on December 23, 1964, and grew up in Tullahoma (Coffee County), TN.  She was a member of the West Shiloh Baptist Church.  Her parents are Dan and Fran Marcum of Tullahoma. 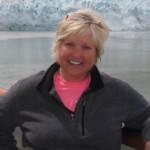 Wendy graduated from Tullahoma High School in 1983 and went on to attend The University of Tennessee at Martin where she was a member of the Delta Mu Chapter of Zeta Tau Alpha Sorority.  Wendy earned a Bachelor of Science Degree from UT Martin in 1988.  After graduating from UT Martin, Wendy worked in Nashville in fashion merchandising while she continued her academic studies at Vanderbilt University.
Wendy married Tim Surratt on August 11, 1990.  They have resided in Stantonville ever since.  Wendy continued her education at Freed-Hardeman University where she earned a Bachelor of Science in Education in 1991, and later worked at Adamsville Elementary School for 8 years as a Librarian and  a third-grade teacher.
Wendy was PTO President at Adamsville Elementary from 2006 to 2008, and Band Booster Treasurer at Adamsville Junior/Senior High School from 2012 to 2015.
A devoted mother, wife, daughter, sister, and caring friend, Wendy spent many hours sewing for others in her church and community.  She brought joy and comfort to many in times of happiness and in times of need.  There was no better friend to others than Wendy Surratt.
Wendy was a brave 13 year breast cancer survivor, and an inspiration to many as she brought much comfort to other cancer victims and their families.
Wendy is survived by her loving husband of 27 years, Timothy Charles Surratt; her 19 year old daughter, Victoria Elisabeth Surratt; both parents, Dan and Fran Marcum of Tullahoma, TN; one brother, Charles Daniel Folk Marcum of Nashville, TN; and two sisters-in-law, Kristie Surratt Smalley (Jon) of Chicago, IL, and Mellanie Surratt of Stantonville, TN.
For those who wish, the family ask that memorials be made to your church of
choice or to the McNairy Central High School, Lady Bobcat Softball Fieldhouse Fund, Attn.: Coach Mell Surratt, 493 High School Rd., Selmer, TN 38375.  To donate online, please visit https://www.gofundme.com/mchs-softball-fieldhouse-fund.
Funeral services will be held on August 12, 2017 at 2:00 PM at West Shiloh Baptist Church in Stantonville, Tennessee, with Bro. James Stophel officiating. Burial will follow in the West Shiloh Cemetery at Stantonville, Tennessee with Shackelford Funeral Directors of Selmer in charge of arrangements.   www.shackelfordfuneraldirectors.com
Visitation will be at Shackelford Funeral Directors of Selmer on August 11, 2017 from 5:30 – 8:30 PM.  Visitation on August 12, 2017 will be from 12:00 PM until 1:00 PM at West Shiloh Baptist Church, 200 W. Shiloh Church Rd., Stantonville, TN  38379.
Share this...