HUNTINGDON, Tenn. — A local police department is asking for an upgrade in their communication system after concerns that their current system is putting officers at risk. 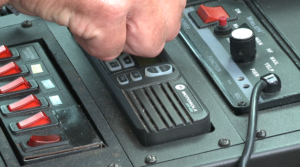 Radio problems in parts of Carroll County are nothing new, but concerned officers are demanding something to be done about it.

“We go into several of the buildings and we can barely hear when we come out,” Paul Huguley, an officer for the Huntingdon Police Department, said. “We just hear static.”

Right now, Huntingdon police rely on radios that are often incompatible with each other. They say it is not only a safety concern for them but people in the area.

Director of Public Safety Walter Smothers said officers are unable to talk outside city limits on the current analog system. And even in the area, service is spotty.

“When officers are out of the car with their portable radios, they cannot hear dispatch, and dispatch cannot hear them,” Smothers said.

In 2015, the 911 board funded the Carroll County Sherrif’s Office and fire department to upgrade to a digital system, making communication easier.

But the Huntingdon and McKenzie police departments were told they would have to wait.

“They didn’t have it in their budget,” Smothers said. “But they’ve had two years since then. So we are asking for it now.”

Smothers said agencies around the country have already made the upgrade, and it is crucial that his department make the upgrade as well.

“It’s vital we get on board with this,” Smothers said. “Or we are going to be left behind.”

The Huntingdon and McKenzie police departments are set to meet with the 911 board about radio system funding Aug. 15.