HARDIN COUNTY, Tenn. — The halls of Hardin County Middle School are empty until school is dismissed and students can go home. This is when Captain Terry Hosea of the Savannah Police Department says drivers need to be extra cautious and alert. 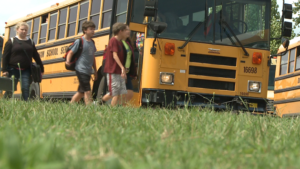 He also says to also pay attention to school crossings.

“If you come to a crossing where there’s a guard directing traffic, watch what he does when he tells you to go,” Captain Hosea said. “If he tells you to stop, you need to stop.”

…and where there are students, there are also school buses.

Bus drivers say, one important thing to remember when sharing the road with them, is that you may need to come to a complete stop at any moment.

“You never know when those kids are going to lose that precious piece of art that they did and turn and chase that paper across the street so, stop. Stop at those signs,” said school bus driver Tonni Shirley. 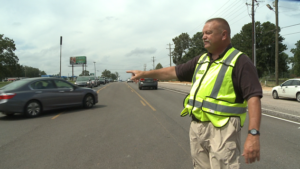 Shirley also says, to avoid speeding past buses to get around them.

“People don’t like to drive behind buses. Frequent stops; they don’t want to get into all of that, and if those yellow lights, the warning lights, come on,” Shirley said, “they’re going to try and get past it before that red stopping arm comes out; very dangerous, very dangerous.”

Hardin County School representatives say your patience could potentially save a child’s life. 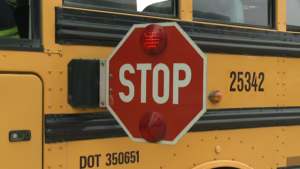 “Take the time, stop. If you know you’re going to be late, be late. You can’t replace a life,” said Shirley.

Bus drivers also remind you to drive slowly and pay attention when in your neighborhood as well, because bus stops with students are located on street corners across West Tennessee.

Bus drivers we spoke with say, they have never seen an incident in Hardin County where a student was injured due to a violation of school transportation safety rules. They say they are hoping to keep it that way.