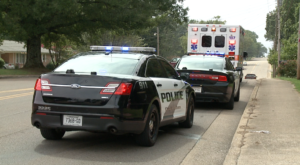 Jackson police responded to the incident on Ridgecrest Road.

Keli McAlister, a spokesperson for the system, says in a statement there was a fight on a school bus between two students and they were picked up by their parents.

The Jackson Police Department would only say they responded to the fight.