NASHVILLE, Tenn. (AP) — The children of Johnny Cash are asking white supremacists and other hate groups not to wear or use the country singer’s name or image. 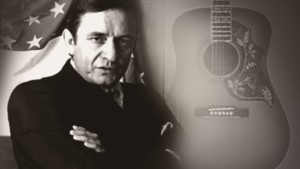 In a lengthy Wednesday night Facebook post from son John Carter Cash, the siblings say they were “sickened” when they were alerted to a video of a self-proclaimed neo-Nazi wearing a T-shirt with their father’s name at a white nationalist rally in Charlottesville, Virginia, that erupted into deadly violence.

The post, reported by The Tennessean, says Johnny Cash’s heart “beat with the rhythm of love and social justice.”

They requested his name “be kept far away from destructive and hateful ideology.” The post, also signed by Rosanne, Kathy, Cindy and Tara Cash, says the family values love and kindness, respects diversity and cherishes “our shared humanity.”