MEMPHIS, Tenn. (AP) — A Democratic congressman from West Tennessee says he plans to introduce articles of impeachment against President Donald Trump following his comments on the white supremacist rally in Virginia that turned violent. 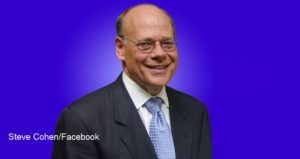 U.S. Rep. Steve Cohen of Memphis said Thursday that the Republican president’s statements about the clashes between white supremacists and counterprotesters last weekend in Charlottesville, Virginia, show he should be removed from office.

Cohen, who is Jewish, said in a statement that “instead of unequivocally condemning hateful actions by neo-Nazis, white nationalists and Klansmen following a national tragedy, the President said ‘there were very fine people on both sides.'”

In July, U.S. Rep. Brad Sherman, a California Democrat, filed an article of impeachment on accusations that Trump obstructed investigations into Russian meddling in the 2016 presidential election.