JACKSON, Tenn. — A massive crime sweep this week in Madison County left 24 people behind bars. On Friday, 11 people made their first court appearance before a judge. 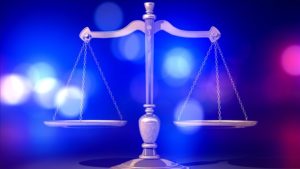 “It was later revealed she gave her daughter’s name, age and birth,” Judge Anderson said about Tammy White.

White is charged with criminal impersonation after authorities say she used her daughter’s name and information during a traffic stop.

Also facing the judge was Jessie Mallard. He is accused of physically assaulting his girlfriend, damaging her phone and not allowing her to leave the home for 24 hours.

“Felon in possession of a firearm. Driving on a suspended license 5th offense,” Judge Anderson said about Johnathon Allen.

Officers say Allen has warrants out of Texas and that they found a .25 caliber handgun in his car.

“Did a home check and there was a marijuana grinder in plain view. Searched and found digital scales and a box of .40 caliber ammunition,” Judge Anderson said about Vontorreus Kidd.

Nineteen-year-old Anthony Ross and Jeremiah Wilson were riding together when officers pulled them over.

“They smelled marijuana and observed marijuana stems in plain view along with cigarette rolling machine near the center console and a gram of marijuana,” Judge Anderson said.

Officers say Wilson had eight bags containing one gram of marijuana each inside a backpack.

“They could smell marijuana and found 14 grams and a .38 caliber handgun. Five-thousand dollar bond,” Judge Anderson said about Devlon Miliken.

Miliken faces charges relating to possession of a firearm and drugs.