Evangelist Adraine Elizabeth Warlick was born February 10, 1948, in Nashville, Tennessee, to the late Othell Willis and Mary Smith Willis.  She was the fifth of six children born to this union.  She attended the public schools in Madison County, Tennessee.  She departed this life Saturday, August 12, 2017 at Jackson-Madison County General Hospital 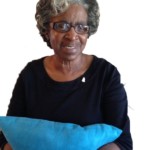 Evangelist Warlick was a dynamic and inspiring minister of the Word of God.  She allowed the Lord to use her to spread the gospel and encouraged all to live a life of true holiness.  Unknown to many, Evangelist Warlick would spend many hours writing poetry that expressed her love of the Lord and that dealt with aspects of life that were familiar to all.  For many years, she opened her home and cupboards to those who were destitute or who simply needed a listening ear.  Whenever an individual was in need of prayer or natural or spiritual counsel,   Evangelist Warlick was always available.

Evangelist Warlick came into the knowledge of holiness at an early age.  She was baptized in Jesus’s name and filled with the precious gift of the Holy Ghost.  She united with Whitehall Church of God (Medon, Tennessee), Christ Temple Church (Brownsville, Tennessee), Greater Visions Church (Jackson, Tennessee), and Divine Deliverance (Jackson, Tennessee).  Because of the support to these, and other churches throughout West Tennessee, she and her spouse, Elder Charles Warlick, were affectionally called “Priscilla and Aquila”.  She could often be heard saying “I have fought a good fight, I have finished my course, I have kept the faith:  Henceforth there is laid up for me a crown of righteousness, which the Lord, the righteous judge, shall give me at that day: and not to me only, but unto all them that love his appearing”.  (II Timothy 4:7-8).