JACKSON, Tenn. — The eclipse is just a few days away, and the Tennessee Department of Transportation has been working hard to make sure drivers stay safe on the big day. 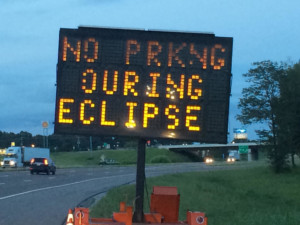 TDOT workers said they are expecting heavy traffic throughout the weekend so they are putting a hold on most of their construction projects.

They also have installed message boards along highways to remind drivers not to stop on road shoulders to view the eclipse.

“We refer to those as emergency lanes and they are for emergencies,” Director of Operations Michael Welch said. “And with a high volume high speed route, you’re in a dangerous situation if you’re out just walking around on the shoulder.”

TDOT workers said they have been preparing for the eclipse for about two months.