Dropping through the 80’s the rest of this evening with mostly clear skies and humid & muggy conditions…Beyond Dark, Patchy fog and calm winds with a low of 72 degrees by early Monday morning. 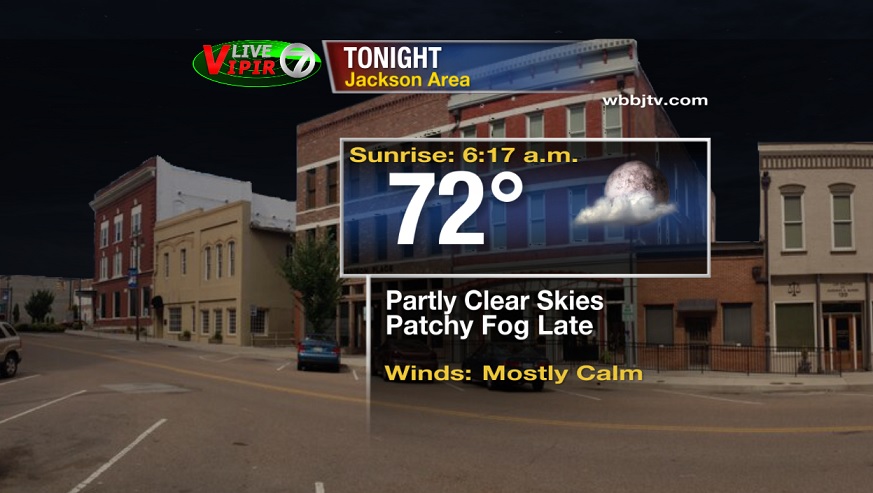 Monday At The Bus Stop 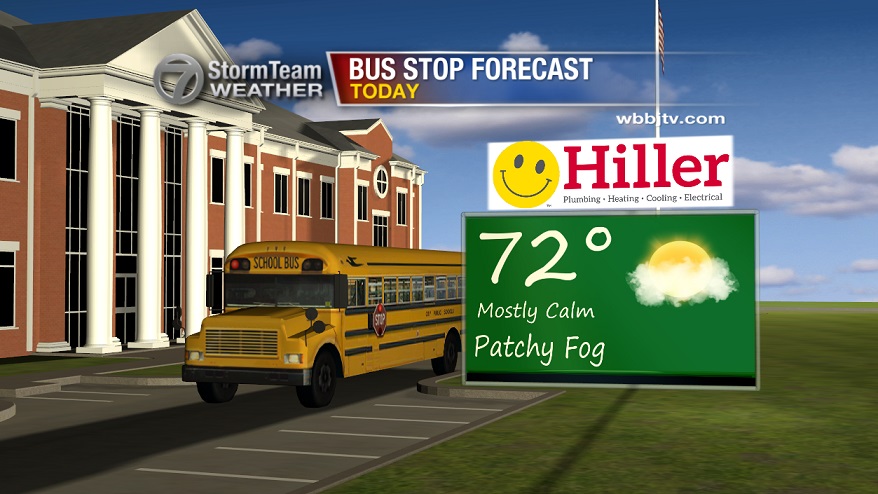 Monday brings an ECLIPSE! Monday also brings a slight rain chance, but, any rain would come in the form of a small short lived shower/storm. If you are one of the unlucky ones, it should be a situation to where you could drive to another area close by and get a view of the Eclipse. Any storms will be very isolated and scattered with clearing areas in between. Most areas look OK to get that view! 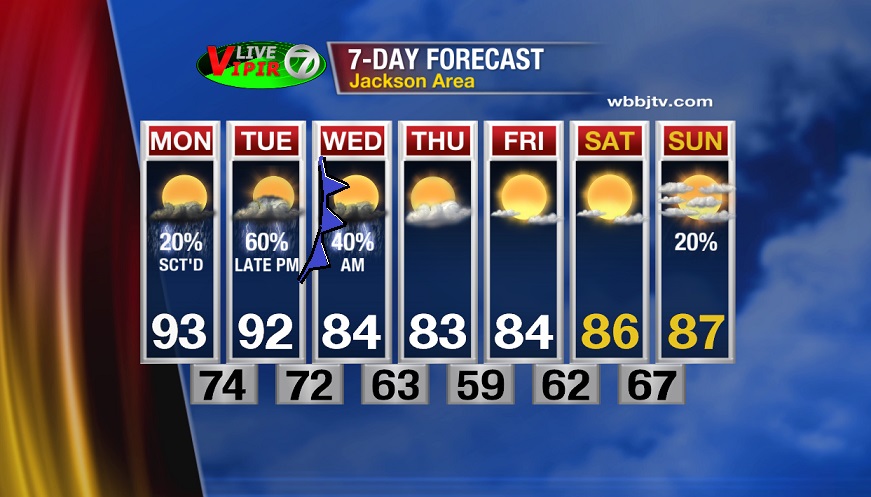 Stay tuned to WBBJ 7 Eyewitness News for the latest on that forecast including the outlook for Solar Eclipse on Monday, and stay with the VIPIR 7 Storm Team on-air and online for more updates!

West Tennessee will be treated to a rare solar eclipse on Monday, August 21st just before 1:30 in the afternoon. Here’s a look at the times it will occur below in central daylight time. 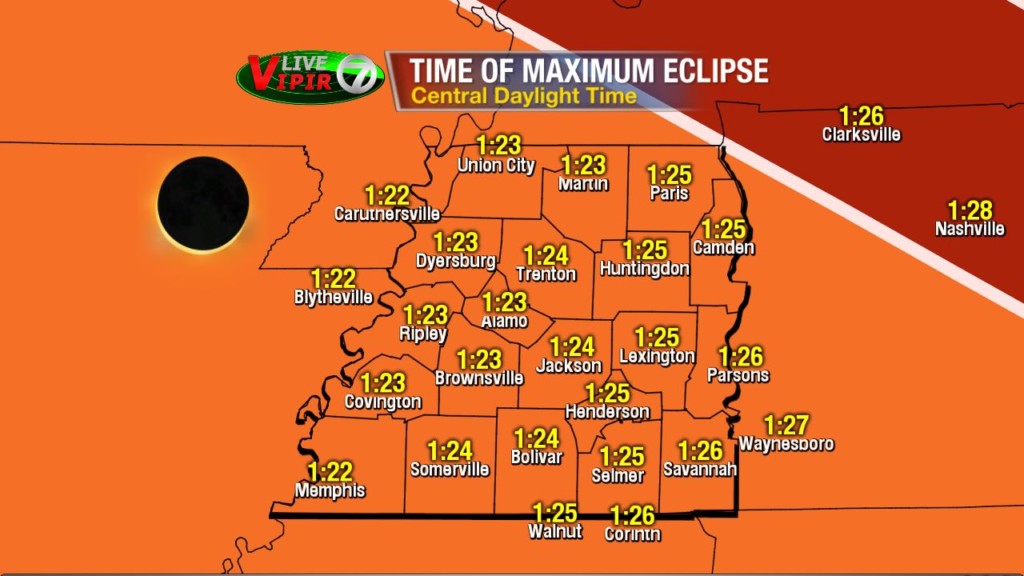 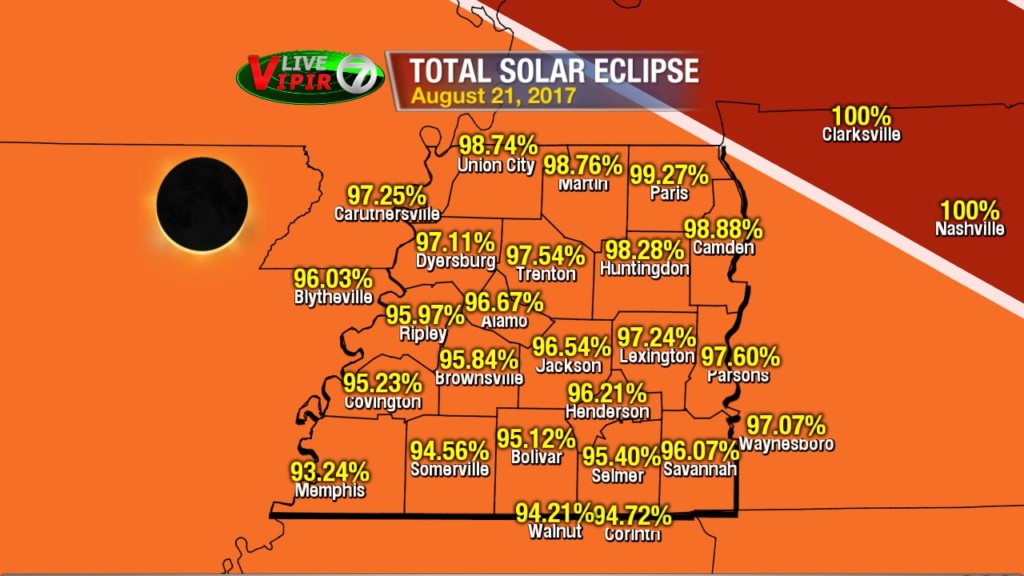 The forecast currently is calling for partly cloudy skies with a 20% chance for showers and thunderstorms in West Tennessee. That may still change, however, so stay tuned for updates! 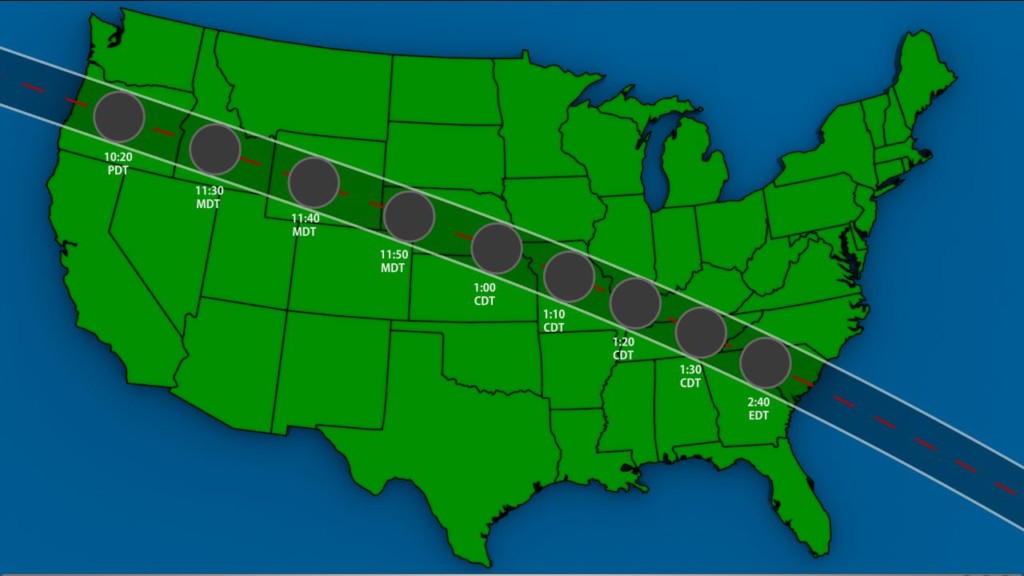