HENRY COUNTY, Tenn. — Folks from all over West Tennessee and different parts of the country flocked to Paris Landing State Park to see the solar eclipse in full totality. 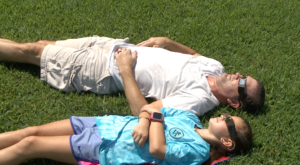 Park rangers said they met people who came as far as Indiana, New York and Michigan to see the once-in-a-lifetime opportunity.

The park held a viewing party free to the public complete with bounce houses, an appearance from an EVAC helicopter, and live animals on display.

A.J. Grott said he’s been waiting to see the eclipse for over a year and drove up with his family from Memphis.