DOWNTOWN JACKSON, Tenn. — The man accused of opening fire last year outside a plant in north Jackson returned to court on Monday. 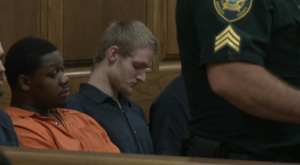 Attorneys told the judge Monday the ballistics report is not ready.

Allison is accused of firing gunshots into several vehicles in August 2016 outside Stanley Black & Decker before taking off in the woods.