Cooler and Less Humid Weather Ahead

Since scattered showers have left us, skies have been partly cloudy in the area. They’ll stay that way overnight with temperatures dropping to the upper 60s and lower 70s at the coolest point of the night. 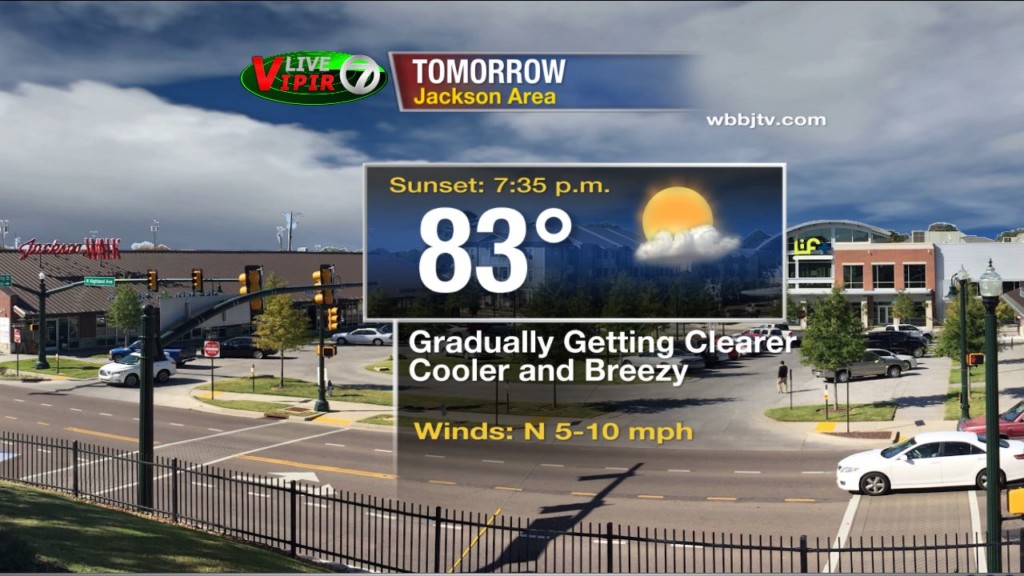 Tomorrow will be cooler with skies gradually becoming clearer during the day on Wednesday. We’ll likely remain in that kind of pattern for the next several days, with highs in the lower to middle 80s through the weekend. However, we’re monitoring the Gulf of Mexico for possible tropical development that could impact West Tennessee over the weekend and early next week. At this time, there’s a slight chance for rain over the weekend into early next week with partly cloudy skies in the forecast.

Stay tuned to WBBJ 7 Eyewitness News for the latest forecast, and stay with the VIPIR 7 Storm Team on-air and online for more updates!