MILAN, Tenn. — A cyber hacker highjacked the Milan Special School District’s computer server not once but twice, causing a security scare throughout the district. 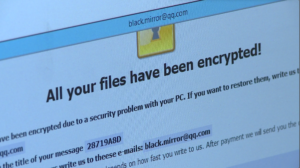 “Very surprising — not the way you want to start your Monday morning for sure,” Milan Special School District Director of Technology Craig Rogers said.

Because of internet issues, teachers were not able to clock in — the first indicator that something was wrong with Milan Special School District’s internet servers.

“Once I found that, I was able to restore it and get us back going,” Rogers said. “And then Tuesday morning they hit us again.”

A message showed up on computer screens telling the district that if they wanted to regain control, they would have to pay a “ransom” in bitcoins. After back-to-back security attacks, the district turned to the Milan Police Department.

“From a technical aspect, it was above our head,” Milan Chief of Police Bobby Sellers said. “So we reached out to the FBI, and they have told us this has happened other places, other school systems.”

“We had a lot of things in place to try and prevent this from happening,” Milan Director of Schools Jonathan Criswell said. “But according to the FBI, these people know what they are doing and they were able to get around both of our firewalls.”

The district never responded to the hacker’s request, so we do not know their asking price.

“We feel like we have been able to contain the problem and then restore it,” Criswell said. “Hopefully, we’ve eliminated it. We’ve run well so far today.”

Although the school district is not sure how the hacker invaded their server, they want to ensure parents that no student’s personal information was leaked.

The Milan IT director said he has been backing up the district’s servers every night for months as a precaution, which helped restore the district’s system after this attack.