JACKSON, Tenn. — You’re more likely to be struck by lightning than to win the lottery. But that isn’t stopping many of us from giving this Powerball jackpot a shot. 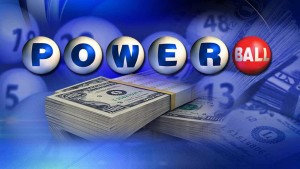 The Powerball jackpot has reached $700 million. It’s the second largest in U.S. history.

If you want to play, it’s pretty easy. All you have to do is select five numbers from one to 69 and one Powerball number from one to 26 — or you can have the computer randomly pick for you.

Here in Tennessee, players have won more than $1.8 billion in Powerball prizes since 2004.

And of course there’s also a chance there will be no winner Wednesday night. The odds are one in 292 million.

The Tennessee lottery reminds all players to sign their ticket immediately after purchase and to play responsibly.

It only takes one ticket to win. Players have until 9 p.m. Wednesday to purchase tickets.

Catch the drawing on WBBJ 7 Eyewitness News at 10.