McKENZIE, Tenn. — A woman was airlifted after being hit Wednesday night when gunshots struck a McKenzie apartment, according to police. 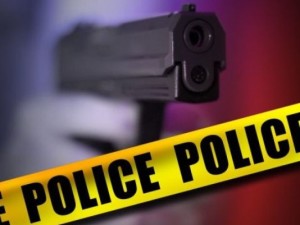 Officers responded to the shooting just before 10 p.m. in the 300 block of Walnut Circle, according to a release from the McKenzie Police Department.

A 21-year-old woman was shot in the right shoulder and transported to McKenzie Regional Hospital before being airlifted to Vanderbilt in Nashville, according to the release.

Assistant Police Chief Rick Sawyers said in a statement that there is evidence the apartment was struck by at least seven bullets as well as evidence that a nearby vehicle was also hit.

The victim had reportedly been holding her friend’s 7-month-old baby only moments before being shot. There reportedly were two other small children in the apartment, but no children were injured.

No suspects have been identified at this time. Anyone with information about the shooting is urged to contact the McKenzie Police Department at 731-352-2264 or 731-352-2265.