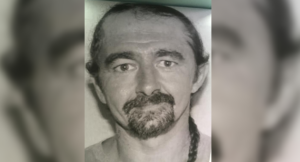 The arrest took place around 9 a.m. Thursday. Tucker was wanted on warrants in both Hardin and Decatur counties.

According to U.S. Marshals, Tucker is a suspect in the theft of a four-wheeler in the Scotts Hill area on Sunday. He is believed to have used the four-wheeler, which was recovered on Tuesday, to travel into the Lexington area.

Officials in Henderson County are also treating Tucker as a suspect in a vehicle theft.

Tucker is alleged to have led the Lexington Police Department and Henderson County Sheriff’s Department on a high-speed pursuit before fleeing on foot into a wooded area.