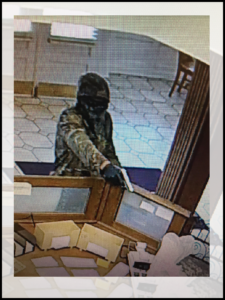 Officials with the sheriff’s department say the robbery happened shortly after 9 a.m. Friday at the Home Banking Company in the Finger community of McNairy County.

Deputies say the suspect got away with money, but they have not yet confirmed how much was taken.

Investigators say the suspect had a handgun but that no one was injured during the incident. Deputies have not yet released a description of the suspect, but he was last seen driving a Blue Yamaha Rhino ATV away from the scene of the robbery.

WBBJ 7 Eyewitness News currently has a reporter on scene. We will have updates on this breaking news story as they become available.