Father talks about losing his daughter

JACKSON, Tenn. — Even though it can affect anyone, it’s a topic that’s sometimes hard to talk about. 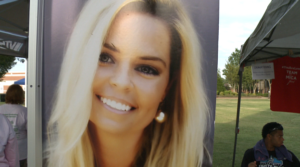 September is National Suicide Prevention Awareness Month, and a local group is raising awareness through their annual race.

The Let Love Glow 5K and Fun Run started after a 29-year-old woman from Hardeman County took her own life.

“If we can make just one difference in a life, it’s worth it,” said Johnny Breeden, who lost his daughter to suicide in 2012. “She was the apple of my eye.”

But six years later, Mica’s memory lives on and is helping those who may be suffering from the same problem.

Mica was just 29. She was close to her family and a graduate of UT Martin’s dental hygienist program.

Her father said losing his daughter is something he will never get over, but now it’s his mission to help parents and remind them to look for the signs.

“Unfortunately, I learned them too late,” he said. “But I knew my daughter was in trouble, and I didn’t respond in time.”

Mica’s cousin Erin Holcomb said the goal of the race is to raise awareness on a topic many avoid.

“That’s why we do these walks, to save lives,” she said. “We want to help restore hope and for those who suffer from depression and think that there is no hope.”

Mica’s father said suicide can affect anyone, and that’s why it’s important to be there for the ones you love.

“Pay attention to your kids,” he said. “Spend all the time you can with them, be aware of them, your surroundings, and just be aware what’s going on.”

Live music, a silent auction and vendors were available to those who wanted to support the fund but didn’t want to run.

Organizers said all money raised at the run will go back to the Mica Fund and suicide prevention awareness.

This is the first year the race was held in Madison County.