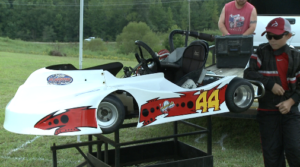 HENDERSON, Tenn.— As soon as you got out of your car at Gator Raceway in Henderson, all you could see were go karts being readied to race.

“This is a cart race that we’re doing. we’re hoping to make it an annual event,” Jayme Parrish, Promoter for The Kingdom Challenge, said.

That’s right… the kingdom challenge is a dirt track go cart race raising money for mission trips.  The racers pay to enter the race and that goes towards off setting the costs of the trips.

People from Indiana, Kentucky, Memphis, Nashville as well as locals came out to race Saturday afternoon and have a good time.

“I just was to support a good cause and try to make a little money, and come out here to hangout with friends,” Tyler Kelly, a racer, said. 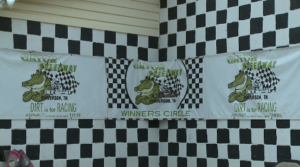 Braden Warren has only been racing for a year but already has a pretty good record.  He got into the sport from just watching it on TV.

“Then one of dad’s friends he works on his dirt car and he got into go cart racing pretty soon. so we decided to go watch and it looked pretty fun and wasn’t what we expected so we just started racing,” Warren said. He was feeling good about today’s race saying “I think it’ll go pretty well as long as tire’s fine go karts fine.”

The racers aren’t just raising money for The Kingdom Challenge, but they could win a little themselves, depending on how they finish of course. Prizes range from 50 dollars, to 500 dollars and even the coveted letter jacket.

Some of the money will also go towards outreach projects in the community.