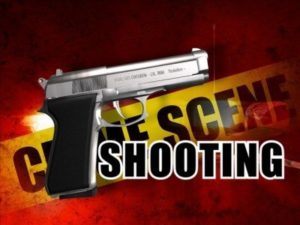 JACKSON, Tenn. — Officers with the Jackson Police Department have arrested a man in connection to an alleged shooting on Holly St. in South Jackson.

According to documents sent to our newsroom by JPD, the alleged victim was driving down South Highland Ave. on Friday afternoon when another vehicle reportedly merged into is lane and allegedly pointed a silver handgun at him.

After turning onto a nearby street, the alleged victim says that he was followed by the vehicle. It is then that, according to police documents, the driver of the other vehicle allegedly stuck the pistol out of the window and reportedly fired a single shot.

The alleged victim had already called 911 and given them the plate number of the other vehicle. With this information, authorities were able to track down Roy Byrum who, according to an arrest report filed by JPD, admitted to the shooting and was transported to the Criminal Justice Center.

Byrum is charged with one count of aggravated assault.