TWRA report influx of dead deer, common virus believed to be cause 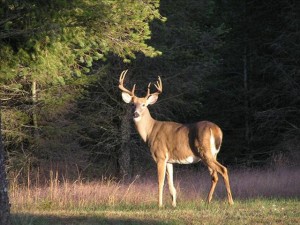 NASHVILLE, Tenn. — According to a press release recently issued by the Tennessee Wildlife Resources Agency, their offices are receiving an influx of reports of dead deer in certain areas of the state, primarily in East Tennessee. The release says that the timing and details of the reports point to hemorrhagic disease as the cause.

There have been reports of hemorrhagic disease in at least 20 Tennessee counties, and officials expect this number to increase until mid-September, the time period officials say is usually the peak of the season.  The last major, state-wide outbreak in Tennessee was in 2007.

“So far the intensity of the outbreak seems to be localized,” said Roger Applegate of the TWRA. “We don’t anticipate this outbreak to rival that of 2007, but it is still early and we’re actively monitoring the situation.”

The release also notes that not all affected deer will die, and that hemorrhagic disease affects deer in much the same way that the flu affects humans.