PARSONS, Tenn. — According to an update provided by the Public Information Officer for the ATF, there are no individuals or addresses associated with the suspicious package found in Parsons, TN.

The report said the safety of the community was the priority during the incident and investigations into the type of explosives are on going. The incident does not appear to be the result of a specific target or motivation. 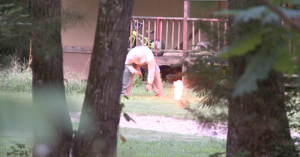 Parson’s police were notified of an unidentified object apparently found by a local resident. After inspecting the object the department called in the Jackson bomb squad, who in turn requested help from the ATF.

According to officials some of the objects were destroyed on scene. Nobody was injured during the investigation.