MADISON COUNTY, Tenn. — Yards under water and quickly moving currents rushing across the street are only some of the effects West Tennesseans faced Monday afternoon after the flash floods. 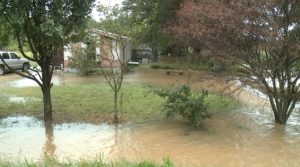 “There was an area of the road that dropped off that I didn’t know it dropped off until I saw the waterfall, so yeah, it was pretty deep. In some areas it was almost knee deep,” Three Way resident Casey Manner said.

A front yard at the Turner Loop intersection was completely under water due to the flooding Monday, and neighbors in the area tell us this is the worst they’ve ever seen.

“The road behind me, we’re used to seeing flood, even if it just rains for a good part of the day, but the road adjacent to it, we hardly ever see that flood,” Manner said. 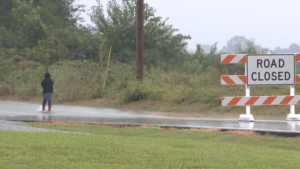 They say the rain water level had risen to the point where it was entering a mobile home in the area.

Nance Road was shut down for the afternoon but was reopened by 3 p.m. 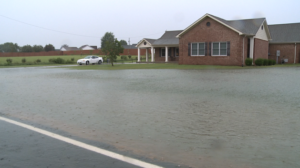 No matter where you were in West Tennessee, those affected by the flash flooding Monday say they are relieved that it was just that, clearing out as quickly as it came down.

Madison County and Crockett County officials tell us no one has been reported to be injured as a result of the flash flooding.